I have a previous post called "Post-Grad Life Update" where I talk about my first two months out of college. At the time, I was living with my parents, commuting to Chicago where I interned with a high-end residential firm 30 hours per week. It has now been two months since that post, and I figured I was due for another check-in, seeing as I now have a different job and a different roommate. Oh yeah, and I live across the country.

My boyfriend was accepted into the University of Oregon's PhD psychology program in January, and it took me about 25 seconds to decide that I was going to join him on his journey. After two long-distance summers in a row, we decided that six years apart from each other was just not an option.

So, here I am, in Sunny (then rainy, then sunny again) Eugene, Oregon! It's been about a week now since my big move, and I'm already starting to feel fairly settled. Here's an update of my new life as an Oregonian:

My parents hooked a U Haul trailer to the back of my Subaru and the four of us (my mom, my dad, and my cat) hit the road for a three day journey. My boyfriend drove out with his mom, so we both had some quality family time before living thousands of miles apart. It was a long drive, but the scenery is really something special. I've done my fair share of traveling, but before last week, some of California and the Grand Canyon were the only bits of the West I had ever seen. Driving the entire state of Montana should be on everyone's bucket lists.

All five of us (six if you count the cat) finally met up after three days of driving. We had dinner at a beautiful restaurant downtown and talked about the scenic drive, the exciting new city, and the next six years ahead. The next two days were spent moving in all of our stuff; we are very fortunate to have two mothers who love shopping and homemaking as much as I do, so the process was actually pretty fun. The last night was spent at King Estate Winery. Add this to your bucket list, y'all. Breathtaking. Be on the lookout for a Well-Spent Weekends post based right here in Eugene; there is so much to do, and we want to do it all!

After a bittersweet goodbye, our parents left our apartment Tuesday night and flew home Wednesday morning. My boyfriend and I cried like babies for the first hour of living together. The week with our families was so fun, and the reality of being 2,200 miles from home finally set in for us. We miss our families dearly, but we are so thankful for such supportive people who've made this transition much easier than it would have otherwise been. (I know you guys are reading this, so thank you, thank you, thank you again, and we will see you at Christmas!) 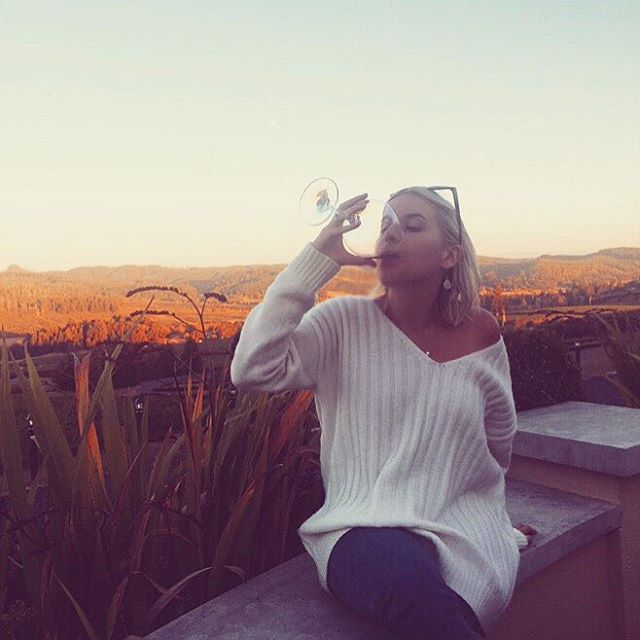 Am I crazy for signing a lease for an apartment I'd never seen in a state I'd never been? Probably. My boyfriend came out here for his interview, but he didn't see much of the city in the 30 hours he spent in Eugene. Google was our only resource, but I think we did pretty well for ourselves. He's right near campus, and I'm right near Starbucks. Two very important factors on our wish list.

We're just about moved in, but I plan on doing a separate apartment tour post in the near future, so stay tuned for that! You can also check out my Instagram to see a few pictures. 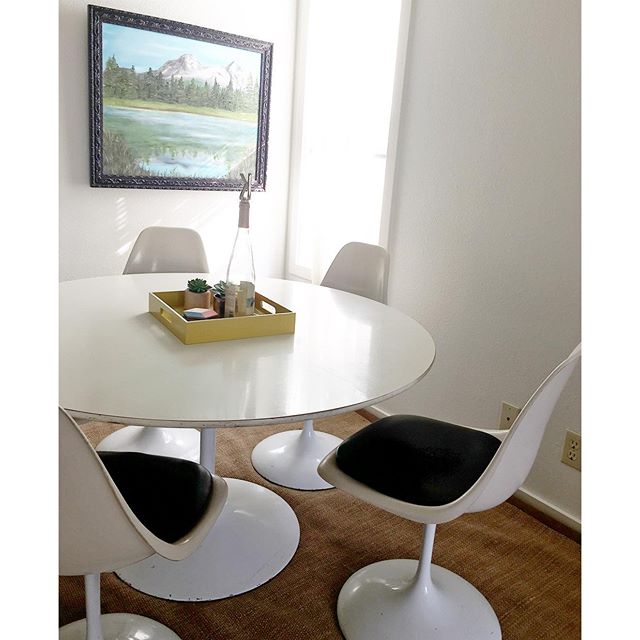 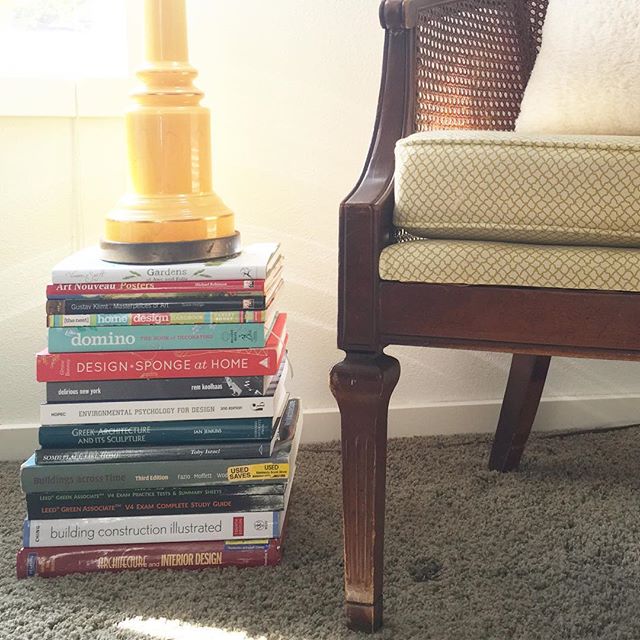 Am I also crazy for moving out here with essentially no concrete plan? Definitely. My poor mother had to tell all of her friends that I was "following my heart," which I'm sure was met with plenty of eye rolls and scoffs. My time spent being unemployed was pretty awesome: I baked an amazing cheesecake and I watched a lot of Keeping Up with the Kardashians. I did, however, promise my family that I would have a job by the end of the week, and I accomplished just that this past Saturday. I took a job at Pottery Barn, a store that I spent countless hours purchasing and returning items in this summer during my internship.

At the beginning of this summer, I was offered a designer/sales position in Lexington, KY for a different furniture store, but I chose to decline the offer. I am not a natural salesperson. I'm also a terrible liar, and in desperate need of a filter. If I don't like something, I've probably already declared so aloud, and, if by some act of God I've managed to keep it to myself, my true feelings are written all over my face. This company that offered me a position is quite traditional, and I am anything but. I knew I wouldn't be able to successfully sell the product, so I turned it down.

After that experience, I never expected to find myself back in a sales job. However, Pottery Barn is a company I have been passionate about since literally second grade. My childhood bedroom experienced multiple redesigns, all influenced by, if not directly plagiarized from, PB Kids and PB Teen magazines. I'm excited to work for a company I've been so inspired by as a designer. I'm also pretty excited about that 40% discount.

In addition to Pottery Barn, I'm still picking up a few freelance projects, as well as looking for graphic design internships. My aspirations have changed tremendously since entering college, and I'm a lot less sure of what exactly I want to do with my life than I was when I was eighteen—I don't think it's supposed to work like that. I'm here for six years, though, so I've got time to figure it out. I'm twenty-two years old, and I owe it to no one to be fully established at this point in my life.

One day I hope to find a way to merge my medley of creativity into one holistic job title, sharing this desire to create with a team of like-minded individuals. Until then, I continue my pursuit.

First of all, I can see mountains from every single angle of this place. I don't think it will ever get old. I remember moving from Illinois to Kentucky and being so overwhelmed by the landscape compared to my hometown of Normal, IL. Nothing could have prepared me for the beauty of the Pacific Northwest! My boyfriend and I can't get over how small we are on big ole planet Earth.

The clothing has me completely thrown. I love a boho chic ensemble as much as the next person, but this place has really upped the ante. Activewear and gauzy layers seem to be the norm, neither of which I am a fan of. I've already received a few "you must not be from here" 's, which is nothing new for me. I wasn't overly interested in the typical Kentucky fashion, either. I've gotten used to bringing an umbrella and a jacket everywhere I go; I actually quite like the weather. I don't foresee myself wearing harem pants and a flannel any time soon, but only time will tell.

The eco-friendly way of life is totally different, but fun. It's a super walkable town, so we don't use our cars much at all. Grocery bags cost $0.05, so we provide our own. I had to pay a dollar for those toe divider things and a nail file when I got a pedicure, which I got to take home with me so I can bring them to my next appointment... that was pretty crazy. Everyone is incredibly outdoorsy, which both excites and terrifies me. Hiking is so lovely in the abstract, but any time I've actually done it, I make it about six minutes before whining. Hopefully I will outgrow that.

Everyone here fascinates me. I've never seen so many beards in my life. The people seem so relaxed, completely opposite from my time in Chicago this summer. I hope to learn from my new surroundings to loosen up a little bit. Every conversation I overhear reminds me of that show, Portlandia. My boyfriend and I overheard a couple arguing about where to eat dinner, and the girlfriend said, in all seriousness and a little bit of anger, "You're so indecisive! Such a little Libra." We laughed aloud.

Lastly, no sales tax! This is my favorite part. I saved $40 purchasing a couch online when I changed my shipping from my Illinois address to my new Oregon one. A Large McDonald's Diet Coke is a DOLLAR. I can get used to this.

So, this is my life now! It's only been seven days, so I don't have too much to report, but I am so excited to be here with the man I love, pursuing the career I want. Make sure to follow my Instagram to see what else I'm up to!

An Introduction to Composting (with Free Printables!)